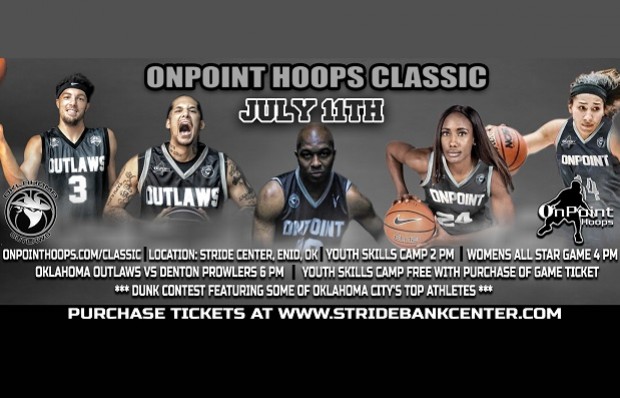 The Women’s All-Stars will take on College Elite at 4:00 pm

The Oklahoma Outlaws will take on the Texas Prowlers at 6:00 pm.

Tickets are $25 for floor seats, $10 for adults and $7 for kids. The Youth Skills Camp is free with the purchase of a game ticket.

Who we are:
The Oklahoma Outlaws is a men’s minor league basketball team that was started in 2007 by owner/player Jonathan Reed upon his return from a 10 year professional career. The team is owned and operated by OnPoint Hoops Corporation in partnership with OnPoint Sports Association, a non-profit group dedicated to promoting health and wellness as well as providing opportunities for athletes of all ages to develop their talents.

The Oklahoma Outlaws helps provide skilled basketball players with a platform to showcase their talents with a goal of playing professionally in an international market. We use multiple leagues such as the TBA (Texas Basketball Association), UBA (Universal Basketball Association) and the UBL (United Basketball League) to provide competitive games that allow our players to develop their skill set. We also offer various international tours to places like Estonia, Germany and Dominican Republic that allows the ability to play in front of international coaches and teams.

Highlighted Players:
Jonathan Reed – the veteran point guard and team captain of the Outlaws. Has played since he created the team in 2007 and is working on completing his career on a high note. This tenacious floor general is an El Reno, OK native with a long basketball resume including but not limited to a NJCCA National Championship at Cedar Valley CC, Div 1 PG for Arkansas State and Irish Super League Championship.

Devin Harris – a very talented combo guard who has played 4 years for the Outlaws. Devin is a high energy player that can score in multiple ways. He is a native of Oklahoma City and won NAIA All American honors during his time at Oklahoma Wesleyan University. He received his first professional contract in 2019/20 after attending a tour in Estonia with the Outlaws and plans on returning in the near future.

KJ Hinds – an up and coming athletic 6’6 forward who has the ability to bring a lot of excitement to the floor. He has been playing with the Outlaws for about a year and is expected to move on to play overseas in the near future. KJ is a native of Moore, OK and played at Redlands CC in El Reno.

Maika Ostling – the newest member of our team has been with the Outlaws only a couple of months. He brings a missing piece of being a true center standing at 6’8, 240 pounds. We are super excited to see how he develops and progresses in our system. He is a Native of Detroit Michigan and has dual citizenship in Tonga and played for their national team last season.

Future Goals:
Our goals as an organization is to continue to raise the level of play and professionalism with our current and future players. We want to find a location that will allow us to build a fan base and a home for these professional athletes in training. We will be working towards incorporating a women’s minor league team (Lady Outlaws) into our schedule that compliments and enhances what our program already offers. Looking forward to a very exciting future for the Outlaws organization. 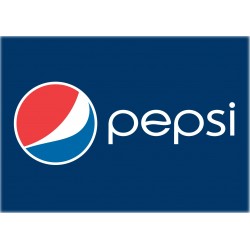 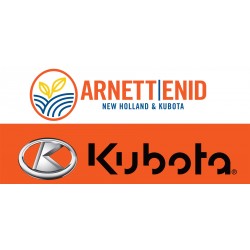 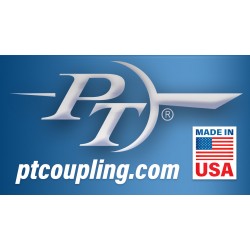 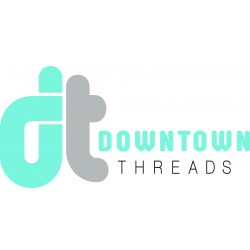 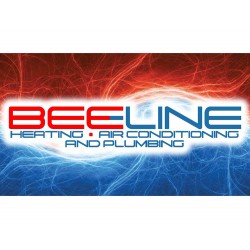 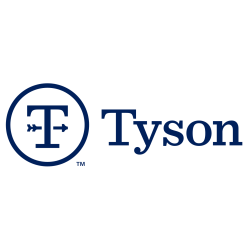 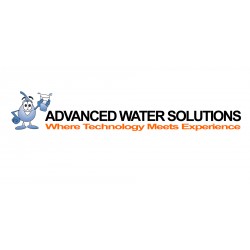 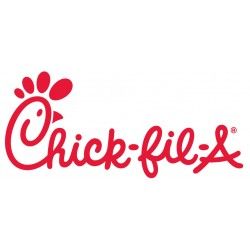 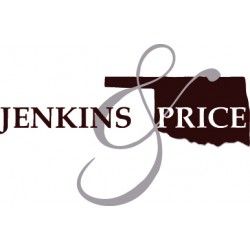